This post is the third in a series on my D-Day tour of Normandy, France. See the rest of the posts here.

Point du Hoc was a strategically important location for D-Day since it was the highest point between Utah Beach and Omaha Beach. The Germans recognized its importance too and heavily fortified it with concrete bunkers and heavy artillery capable of reaching the beaches and also our ships at sea supporting the landings, putting the entire D-Day mission in jeopardy. 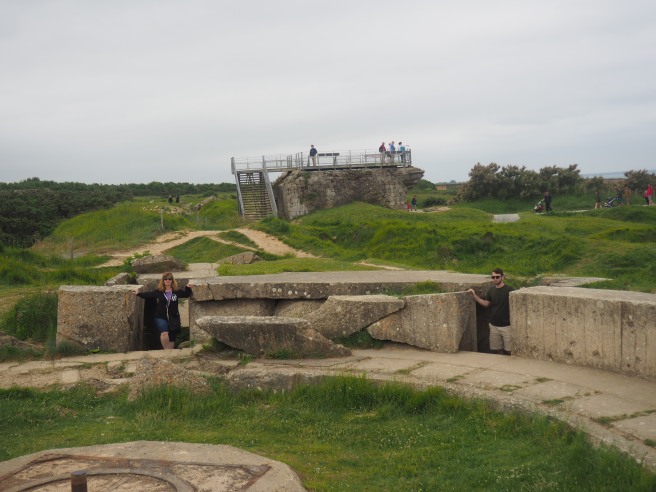 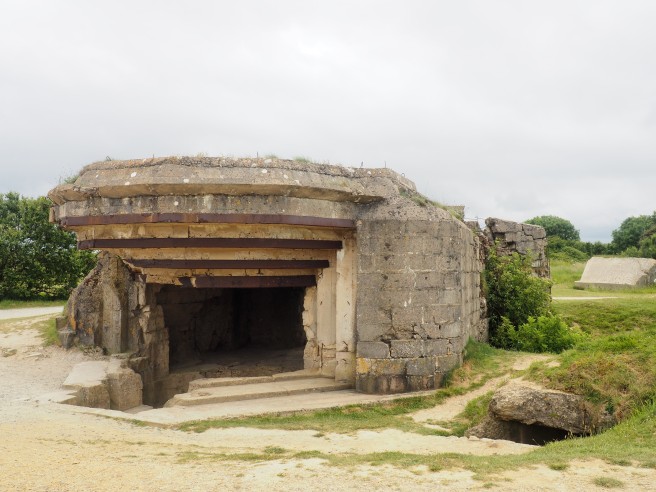 We blasted the site pretty heavily with bombs in a series of aerial attacks and you can still see tons of craters all over the site.  As our guide put it, we turned Point du Hoc into the surface of the moon.

However, because of the high stakes with this particular site, the decision was made to send in a team of soldiers on foot before the beach landings in case the aerial bomb strikes missed their targets and also to prevent Germans from further using the fortifications there. 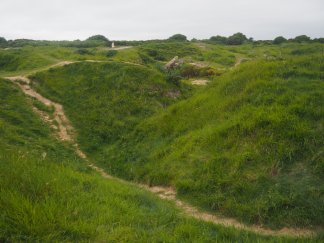 Craters like this one are everywhere. This one is still about 15 feet deep, some 70 years later. 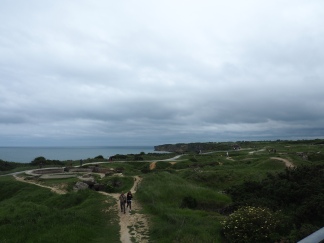 This gives you an idea of how big this compound was. That’s Omaha Beach over the cliffs.

Under the command of Colonel James E. Rudder, the Army Rangers had the arduous task of scaling sheer rock cliffs more than 100 feet tall, under fire while doing so and in less than ideal weather conditions. If that didn’t kill them, they then had to take on the Germans at the top of the cliffs and disable all of their artillery. All of this was to be completed before the first troops hit the beaches.

Now I know this sounds pretty impressive, but after looking at the cliffs they scaled, I don’t even have words at how impossible this must have seemed to these men, yet they went anyway. Words fail me to describe the level of courage this required adequately. 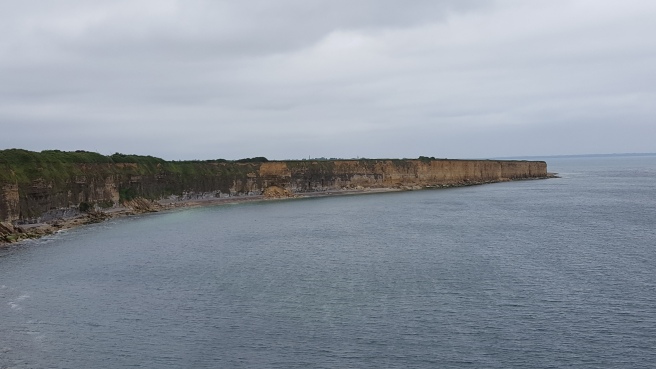 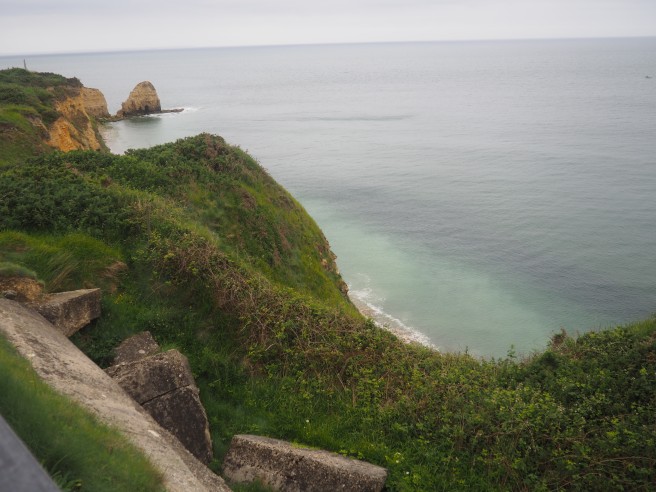 The Germans hid the guns in a nearby orchard but that didn’t stop the Rangers from accomplishing their mission. After taking out various machine gun nests, including this little beauty housed in a mostly-underground bunker with a slit that allowed the Germans to fire on us with pretty good cover for themselves, they moved forward.

After realizing that the “guns” in the gun pits were dummies, the Rangers soon found the real guns in their hiding place and destroyed them. 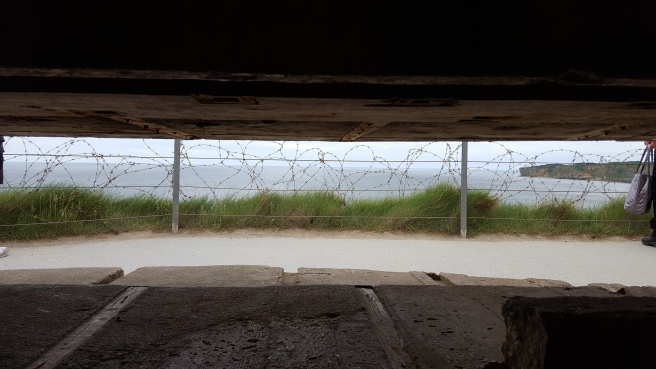 Now here’s the important part: they were supposed to receive support from the troops landing on Omaha, including more men, ammunition, food, medical supplies, etc. But because the landing didn’t go as planned, reinforcement arrived several days later than planned. By that time, Rudder and his men had held off the Germans but at a great cost. Fewer than 100 men of the original 225 survived that initial battle.

Rudder and his men were holed up in a small ditch with the Germans in front of them and the sheer cliffs behind them and fended off multiple counter-attacks from this position. Pretty amazing, I say.

If nothing else, a D-Day tour has left me in absolute awe of the bravery and sacrifice that our service members back then exhibited and thankful that they did so. Same goes for our service members today. Even though we are at a time of relative peace, that doesn’t mean our troops aren’t called upon every day to perform dangerous missions, most of which we will never hear about.