I live in a mid-size suburban neighborhood. It’s one of those neighborhoods full of young families sprinkled with a few empty nesters and retired couples. It’s a place where most of us wave hello and goodbye from the isolated bubbles of our cars as we travel in and out of the front gates, where walkers and joggers come out before or after the heat of the day with earbuds in and smile and wave as they move by, and where folks exchange quick “hi, how are ya’s” while checking the mail. It’s a neighborhood where most people know the faces and sometimes the names of those who live around them, but in the busyness of raising kids, working, and everything else in life, often don’t really know each other.

In short, it’s a neighborhood that’s probably similar to most, maybe even yours.

Lately, there have been a rash of For Sale signs going up in my quiet little neighborhood, one of which belonged to my neighbors whose backyard bordered mine. They’re relocating to another state due to a job change. They’re wonderful people whom I wish I had spent more time getting to know before they moved away. Just before they moved, I visited with them to wish them well and the topic came up about all of the other people moving. My neighbor and I shared a few things that each of us knew about why people were moving.

As we exchanged stories, it became apparent that many of my neighbors have been struggling with major life issues. It struck me how little we often know about the people who are all around us. They could be your co-workers or classmates, the people you sit next to on Sundays at church, the clerk at the store you frequent, or the mailman who comes to your house every day. Or they could be your neighbors.

Outwardly, my neighbors’ houses and habits look the same. There are no clues of the struggles they are going through. Cars still come and go to and from work and school, the yardwork still gets done, and life seems to go on as it always has. But I realized as I visited with my backyard neighbor that none of us know what goes on behind closed doors and curtained windows, even the ones that we look at every day. 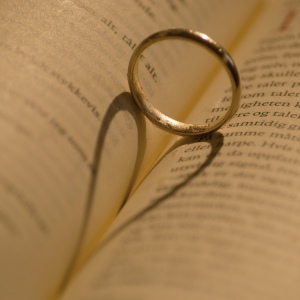 One of my neighbors is moving due to divorce. Now these are the neighbors who “outsourced” everything. On a regular basis, every type of service provider was at their house: pool guy, lawn service, dry cleaning delivery, maid service, car detailer, and so on. They drove nice new cars, threw a lot of parties, and had a boat at one point. It appeared that they lived the good life full of the finer things and the free time associated with hiring out literally every domestic duty possible. I remember thinking at points that it must be nice to be able to live that way. But, clearly the way things looked on the outside were not as they were on the inside of that house. Apparently, the money well as run dry as the house was a short sale. Of course, I have no idea what happened and of course, it’s none of my business and I won’t speculate. I only know that I imagine that how things were on the inside of that house were much different from the carefree life of luxury that appeared on the outside.

Another neighbor moved to a smaller house. These neighbors have an adult daughter with severe disabilities and a younger son. The wife mentioned to me in passing that caring for the house was just too much to battle on top of everything else. They lived across the street from me for the past 7 years and while I often thought about what a challenging task it is to provide 24/7 care for their daughter, I never fully realized how hard that must be. I don’t know if any of us can truly understand that unless you’re in that position.

Still another neighbor is battling to hold on to her house until her kids are out of high school. It’s another divorce situation and I’m praying that she’ll be able to do that if for no other reason than just to give her kids continuity and prevent the disruption that would go with moving and possibly changing schools on top of a divorce. I noticed a while ago that I wasn’t seeing her husband around much, but he used to work two jobs so that wasn’t unusual. I also noticed that their normally meticulously cared for lawn was looking rather neglected, but I didn’t really spend too much time wondering why. Not any of my business, I figured.

But really, the thing that prompted me to sit down and write this is another neighbor. After ditching my running habits back when the weather heated up, I’m back at it again and was out for a jog (more of a slog, but that’s another post). I was cooling down at the end of my run when I saw her in her front yard and stopped to say hi. Now, we’re just acquaintances, so I don’t know her well, but she’s always been very warm and friendly. Normally, she has short and very curly hair, but I noticed it was straight and I commented on how she had changed her hair. That’s when she told me she was diagnosed with stage 3 cancer and I understood that that wasn’t her real hair.

I was stunned. Here, this wife and mother of two young kids was dealing with surgery and chemotherapy just two blocks over and I had no idea. She is literally in a war for survival. That’s when it really hit me that we can all sit back and assess and judge our neighbors, we can speculate or draw conclusions about who they are and how they live based on external observations, but we really have no idea what hidden battles and secret wars they are fighting. For those of us who are lucky to have a happy marriage, healthy family members, stable jobs, and the support of friends and family, maybe it’s easy too just assume that everyone else has those things too. Maybe it’s even easier to take those things for granted.

But now I look around me and I see things in a new light. Many of my neighbors are living a whole different life behind their shiny windows and closed doors than what appears on the outside. I wonder how many other ones are fighting battles that I don’t know about. Then I think of what a shame it is that our society has moved away from the days when neighbors really knew each other and helped each other. Everyone is working, kids don’t play outside as much, and neighbors don’t spend time around each other as much. We have lost touch with the people we live amongst, even while technology makes it easy for people to have more interaction with those who live across the world than across the street. 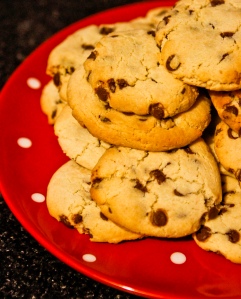 As for me, this is all a good reminder not to take the blessings in my life for granted. My husband and I drive old cars, cut our own grass, and clean our own house, but we have a great marriage. My kids keep me busy with all of their activities, but they are healthy and normal and, God willing, will go on to live independent lives. And we all have our health. I think one of the ways that I can live out my appreciation for the good things in my life is to try to bring some of that goodness to someone else’s life who needs it. I plan to get outside more – outside of my house and outside of my own personal world – to try to see more clearly and maybe get to know my neighbors better. I’ve baked cookies for one of my new neighbors and welcomed them personally and plan to do it for the others who have recently moved in. And I think I’ll make a dinner for my other neighbor with cancer – one that she can freeze for later if she wants so that when she has a tough day, at least she’ll know that a homemade dinner is ready and waiting for her family.

Maybe we can’t get to know all of our neighbors and we certainly can’t fix all of the wrongs and pains of the world, but we can start small. Someone once said that making one person smile can change the world. Maybe not the whole world, but it can change that person’s world. If that’s true, and I think it is, imagine what adding in a plate of chocolate chips cookies or a casserole can do. I’m going to find out.